.
x
Tel Aviv Foundation CEO shares her view of what makes a Smart City – Cities of the Future

In 2014, Tel Aviv was awarded with the Smart City prize at the Smart City Expo World Congress. Since then, the city has expanded its leadership in smart city technology, and exported its knowledge to many other cities in different countries.

Israel’s unique startup ecosystem, fueled by a young culture of entrepreneurship, top-notch universities, and supported by the Israeli government, has put Israel at the top of innovation in digital fields such as Mobile, IoT, eHealth, and Smart Cities. 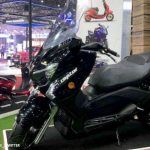